Envirosafe Technologies N.Z. Ltd, manufacturers of Mega-Catch™, the world's most advanced mosquito traps, is proud to sponsor the New Zealand All Star Cheerleaders at the inaugural World Cheerleading Cup in Florida this April (24-26th). 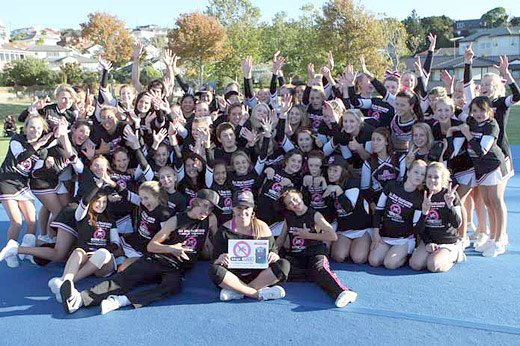 With teams from over 50 countries, including New Zealand competing, and representatives from the Olympic Organizing Committee present to assess cheerleading's suitability as a future Olympic Sport, the World Cheerleading Cup has generated worldwide interest. Mega-Catch™ Sales Manager Nicky Stockman seized on the opportunity to sponsor the team at this event.

"We know the kind of drive and determination it takes to succeed against the rest of world whether it's in competitive sport or in business," says Nicky.

Envirosafe is a small New Zealand company which first introduced Mega-Catch™ mosquito traps into the US in early 2000. A wide variety of mosquito traps are available there, where emerging fatal mosquito-borne illnesses stimulate the market for such devices. When mosquitoes started making headlines, the public was bombarded with health advisories, and mosquito control became the latest buzz word. Combined with on-going anti-pesticide sentiment, the number of companies manufacturing mosquito traps increased dramatically. All this led to a need for evaluating these traps. The original independent report; Comparison of Mosquito Species and Numbers Caught in Eight Commercial Mosquito Traps by Dr J.P. Smith is available from the Public Health Entomology Research & Education Center (PHEREC) of Florida A & M University website.

Nicky Stockman believes Mega-Catch's™ investment in research, development and testing, set the benchmark and propelled her company to the forefront for mosquito control. "In independent tests, Mega-Catch™ mosquito traps consistently outperform all other mosquito systems tested." USDA testing conducted by research entomologist, Dr Daniel Kline in Gainesville, Florida showed just how effective Mega-Catch™ mosquito traps were in capturing mosquitoes. "So we know they work - and we know they work in Florida," says Nicky. (www.megacatch.com/proof-it-works/test-results/)

Testimonial: "Mega-Catch is definitely the best mosquito control device I have ever had the pleasure of using. Malaria nearly destroyed my family several years ago, and I have spent hundreds of dollars searching by trial and error for an effective solution…thank goodness for you guys." -- Matthew Steingraber, Tarpon Springs, FL

Florida has a long history of mosquito-borne diseases, and with its temperate climate and regular rainfall, it's likely this trend will continue. Annual figures released by the Centre for Disease Control (CDC) and published in the latest AMCA Newsletter (Spring 2009), confirm 37 cases of Dengue and 64 cases of Malaria in Florida for 2008. And while the malaria and dengue infections were acquired outside of the USA, it's a reminder every year there are potential sources of infection for local vectors. 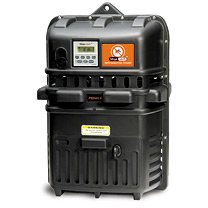 As part of its sponsorship program with the All Stars, Mega-Catch™ is giving Florida residents the chance to win a top performing PREMIER mosquito trap. The New Zealand All Star team is competing in both Tampa Bay and Orlando but has a rec day scheduled on 20th April when they'll be visiting the Busch Gardens theme-park. The first Florida resident who walks up to any team member wearing a Mega-Catch tee shirt that day, and repeats the slogan "MEGA-CATCH - THE ULTIMATE MOSQUITO TRAP" will win a voucher for the trap from head coach Kimberley Ramsay.

Poster girl Kimberley Ramsay, executive director of New Zealand All Star Cheerleaders, President of the NZCA (New Zealand Cheerleading Association), and Head Coach for the world cup squad; has contributed to the phenomenal growth of the sport and the success of the All Star brand in New Zealand. All Star or competitive cheerleading is as physically demanding as any other mainstream sport and is one of the fastest growing team-based athletic sports worldwide.

For Envirosafe, perseverance, dedication and commitment have definitely paid dividends. Mega-Catch™ mosquito traps are now firmly established in America - they're one of the best-known and most trusted brands, as well as being the number one choice of thousands of U.S. households, for mosquito control.

About Mega-Catch™
Mega-Catch™ is a member of the American Mosquito Control Association and a responsible manufacturer who recommends the use of mosquito traps in conjunction with other sensible control measures designed to manage mosquito problems.