1. How soon should the Mega-Catch™ Mosquito Trap begin to kill mosquitoes?

While the Mega-Catch™ mosquito trap will begin to catch immediately there is any mosquito activity in the vicinity, it may take as much as 6-8 weeks of use to reduce local populations to the point that breeding cycles are interrupted. Subsequent re-infestations will occur after rain. 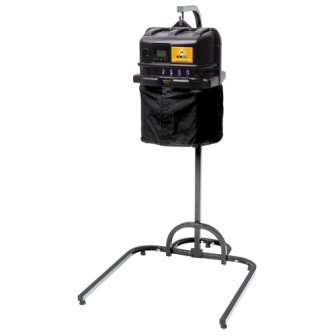 2. Will the Trap get rid of all mosquitoes in the area?

No. There is no single silver bullet to get rid of mosquitoes. The best you can do is devise an effective mosquito control plan for your area using the best available control strategies including one or more Mega-Catch™ Mosquito Traps.

3. Is the External Skirt important?

It is a very important design feature. Important because it acts as a visual attractant for several species of mosquitoes as well as acting as a baffle directing the air plume out the bottom of the Trap.

4. How often do I need to operate my Mega-Catch™ Mosquito Trap?

Before you commence using your Mega-Catch™ Mosquito Trap note the time of day when mosquito activity is greatest. If, for example, this is in the morning and the evening then you should set the trap to operate at these times. Where your mosquito problem involves night time biters, we recommend operation of the trap between 7pm and 11pm and 4am and 8am. If mosquito activity is all day then you may need to operate the trap 24 hours per day until the mosquito population declines. Ultra and Premier XC Traps have a programmable timer built into the menu. However, a plug in timer (available from hardware stores) will be required for Premier and Alpha traps.

5. Is the Trap harmful to me or my pets?

No, Mega-Catch™ Mosquito Traps are perfectly safe for outside use around humans and pets provided it is operated in accordance with the instructions in the operation manual.

6. Do you have any indoor traps?

The Alpha Trap is the only model that is rated for both indoor and outdoor use. We do recommend that you first remove the Mega-Catch™ Fragrance Strip because of its odor.

7. How many traps should I buy for around my house?

In addition to mosquitoes the Mega-Catch™ Mosquito Trap will catch sandflies, black flies and biting midges (no see-ums) and many other types of biting insect.

9. Can I stop my Mega-Catch™ Mosquito Trap catching moths?

The Mega-Catch™ Mosquito Trap (Ultra and Premier XC Models only) incorporates a low intensity U.V. Bulb which emits light at a frequency our research has shown to attract certain mosquito species. Unfortunately it can also attract small quantities of non-target species like moths. If this is a problem the U.V. Bulb can be switched off by selecting the Off button for the “U.V. Tube” when displayed on the Programmable Menu.

10. How do attractants work?

Different mosquito species respond in different ways and there are so many variations in their behaviours and in the things that attract and repel them. Mega-Catch™ Fragrance Strips contain minute quantities of synthetic Octenol and other specially formulated ingredients which are designed to attract a wider range of mosquitoes and other biting insects including sand flies, black flies and biting midges (no-see-ums). However some species may not be overly attracted to Octenol so it pays to experiment with the mosquitoes in your environment.

11. How long do the Mega-Catch™ Fragrance Strips last?

Once opened the active ingredients will slowly evaporate and the attractant lure should be replaced every 30 days to remain effective and to maintain capture rates throughout the season. When storing your trap at the end of the season, remove and discard any opened attractant lures.

12. How do I stop the insect residue building up to the point the fan stops?

Clean the fan carefully following the instructions in the operation manual. Leave it to dry and then coat the inside fan housing and the tips of the fan blades with a coat of TEFLON based dry lubricant spray. This will reduce the insect residue build. Repeat the process each time you clean the fan.

13. How do you hook the trap onto the stand?

14. What is the easiest way to get the skirt onto the trap?

The easiest way is by pulling it down over the top of the trap. But first make sure you undo the hook and loop fastening on the skirt.

15. Why does a diagnostics test return a "Fan Fail" result but the fan is working?

The diagnostics system can indicate a "fan fail" whenever there is a slight drop off in voltage taking the voltage draw outside the parameters of the on-board diagnostics program. This can happen for several reasons, the most common of which are rain or insect residue build up on the fan blades placing the fan under load. It can also happen when the trap is used in conjunction with the accessory 60ft Extension Cord, particularly if the connections are not tight or are damp. Try running a diagnostics test without the Extension Cord connected. A "fan fail" result is not something you need to be concerned about unless the fan sounds to be laboring or not otherwise functioning normally.